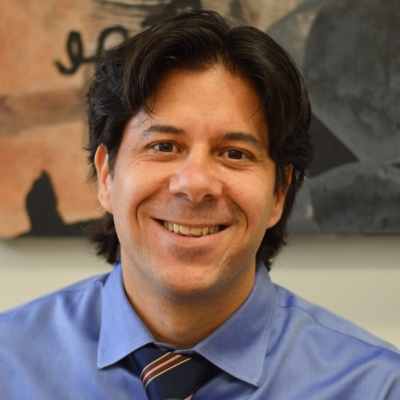 Carlos received his Bachelor’s degree from UC San Diego (Revelle College) and his M.D./Ph.D. from Johns Hopkins University. He then completed his residency in neurology at Massachusetts General Hospital and the Brigham and Women’s Hospital, where he was Chief Resident, followed by a movement disorders fellowship and a post-doctorate at Columbia University and a second post-doctorate at Cold Spring Harbor Laboratory. Carlos joined UCLA’s Departments of Neurology and Neurobiology as an Assistant Professor in 2005 and was promoted to Associate Professor in 2012. Since joining UCLA, Carlos has received a Dana Foundation Award, a March of Dimes Award, a SFARI award, and several grants from the NIH including a RC1 Challenge Grant. His laboratory studies the assembly and plasticity of cortical networks during development and circuit defects associated with a variety of neurological diseases. Carlos is married to Dr. Yvette Bordelon, also an MD-PhD neurologist, and they have two kids, Marcos and Elena. Carlos enjoys playing soccer on weekends and going to UCLA Bruins Men’s and Women’s Basketball games at Pauley Pavilion.