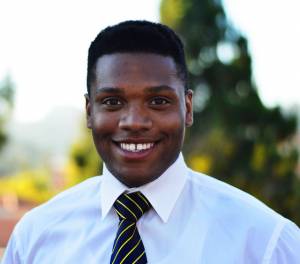 The Franklin C. McLean Award was established in 1968 in memory of the founder of National Medical Fellowships. Dr. McLean was an eminent physician who saw, well before others, that the lack of opportunities for African-American physicians was a problem for our nation; that we needed more minority physicians to achieve basic equality of opportunity, and to ensure access to quality healthcare for millions of underserved and minority Americans. That’s why NMF was founded – 70 years ago – the need was great then and it is even greater now. Since inception NMF has provided scholarships to more than 30,000 aspiring physicians. The McLean Award is NMF’s oldest and most prestigious medical student honor. It is presented to a senior medical student in recognition of outstanding academic achievement, leadership, and community service. This year’s McLean Award recipient is RICHARD A. MORGAN. Congratulations Richard on receipt of the Franklin C. McLean award.